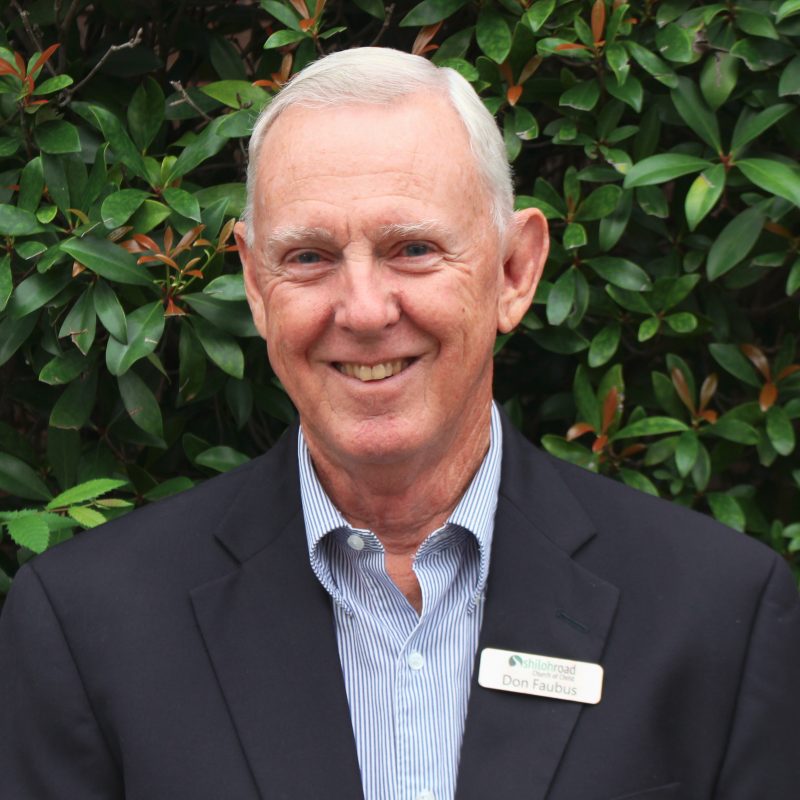 Don was born in Waco, Texas to godly parents Overton and Sybil Faubus. He moved to Abilene at the age of 6 years when his dad began teaching at Abilene Christian College. He lived there and attended ACC for three years, then transferred to Texas A&M College of Veterinary Medicine. Upon graduating in 1971, he began his practice in North Dallas and started dating Pam while they were both attending Preston Road Church of Christ.  They have been married over forty years and have three children: Kelli, Chad, and Todd. They also have eleven grandchildren. They moved to Tyler in 1977 and began searching for a new Church home. They found Shiloh Road which was meeting in a shopping strip mall, and this has been their church family ever since. In 1978, Don started the Chandler Veterinary Clinic and practiced there for thirty-five years. He was a Deacon for eighteen years and and has been an Elder since 2000.