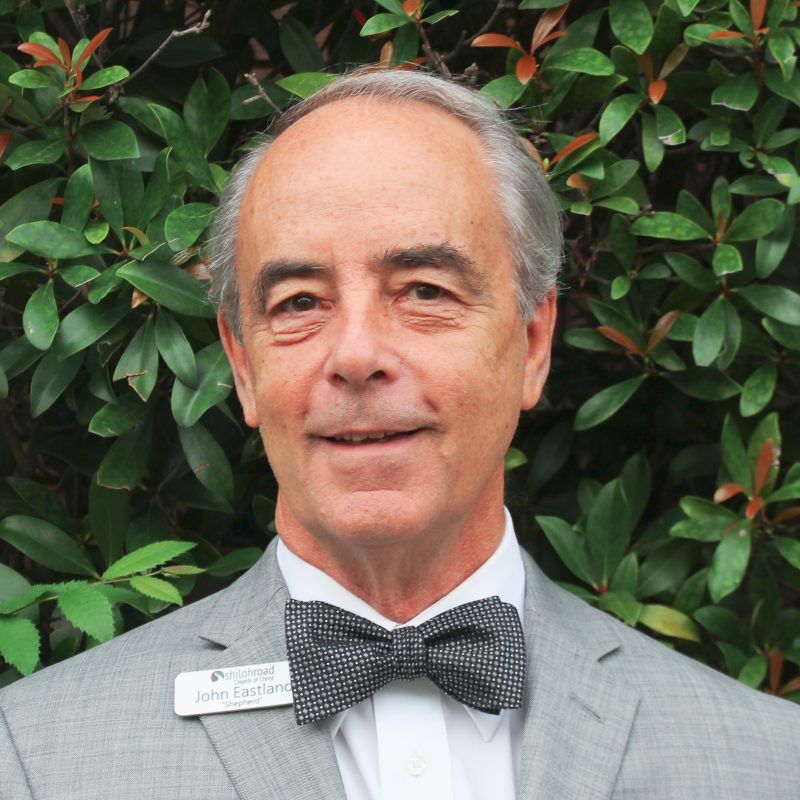 John grew up in Tyler attending Glenwood Church of Christ and schools at Woods, Hubbard and Lee. He attended Harding University where he lettered four years on the swim team, was a member of the A Cappella Chorus and led groups for International Campaigns for Christ, focusing in Germany. He majored in Accounting and Marketing. Harding is also where he met his angel-wife of 41 years, Trish, who was a missionary’s daughter and was also in the Chorus. After Harding, he attended law school in Houston. He and Trish returned to Tyler in August of 1984 with a one-month old daughter, Kristen, and placed membership at Shiloh. He served one year as briefing attorney for the 12th Court of Appeals, before opening his practice of law. Their son, Spencer, was born in August 1987. At Shiloh, John was a deacon and has been involved in teaching, missions, and the youth group. He was installed as an elder in December 2009. John says, “I love and support our Shiloh family. We are a refuge of God’s faith, love, mercy and grace. We live for exalting Christ, encouraging each other and engaging our neighbors. May all we do be to God’s exaltation.”